National Federation of Cooperative Sugar Factories Ltd. (NFCSF) organized a national seminar on ‘Challenges to Deliver Sustainability in the Indian Sugarcane Industry’ on 15th March, 2019 at VAMNICOM, Pune. The seminar was organised in view of NFCSF’s continued emphasis on cost effective production of sugar cane, sugar and effective utilization of by-products in order to make the Indian sugar industry globally competitive. Leading sugar scientists, academicians, sugar technologists, policy makers, officers of cooperative and private sugar factories, sugar federations and associations from across the country participated in the seminar.

Shri Dilip Walse Patil, President, NFCSF in his presidential speech said that the Indian sugar industry is a key driver of rural development, supporting India’s economic growth. The industry is inherently inclusive supporting over 500 lakhs farmers and their families, along with workers and entrepreneurs of over 500 mills and wholesalers and distributors spread across the country. He hoped that the scientists, academicians and delegates participating in the seminar would discuss and suggest modern technologies and policies to overcome the problems for sustaining sugarcane production for the prosperity of Sugar and Allied Industries in India.

Later Shri Patil bestowed the Lifetime Achievement Award to Dr. Bakshi Ram, Director, ICAR-Sugar Breeding Institute, Coimbatore for his outstanding contribution to the growth and development of scientific farming of sugarcane in the country. He has developed several sugarcane varieties including Co 0238 which has transformed the entire sugarcane agriculture scenario in the sub-tropical India and has benefitted both the sugarcane farmers as well as sugar industry. Dr. Bakshi Ram earlier served as Director, Uttar Pradesh Council of Sugarcane Research (UPCSR).

Earlier, Shri Prakash Naiknavare, MD, NFCSF in his opening remarks elaborated the role of NFCSF in providing techno-commercial consultancy within and outside India.

The seminar ended with a vote of thanks by Dr. R.B.Doule, Agronomist (Sugarcane Expert), NFCSF. 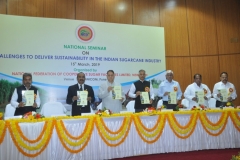 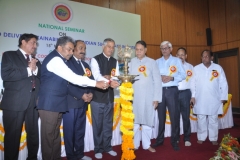 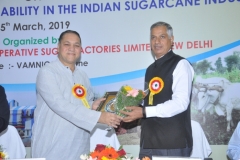 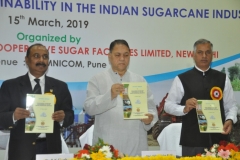 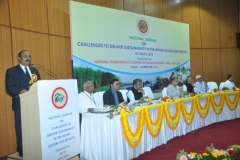 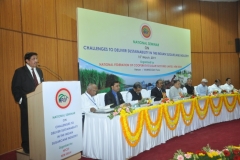 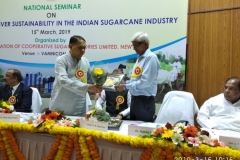 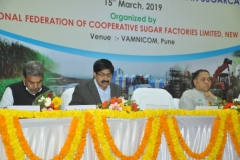